RIGHTS AND RESPONSIBILITIES OF UNMARRIED FATHERS 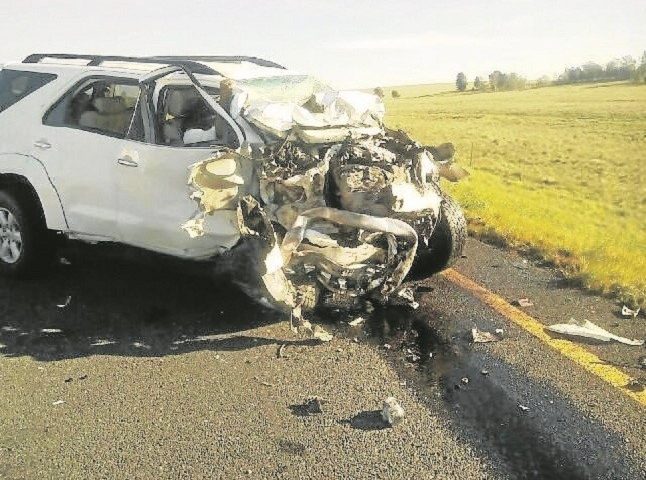 South Africa’s road fatality statistics are among the highest in the world. There are numerous examples of other countries where no-fault systems have been introduced and failed. Picture: SUPPLIED

The ANC last week placed the Road Accident Benefit Scheme (RABS) Bill back on the order paper in the National Assembly and in all probability will seek to pass the bill this week.

This is obscene, considering that drunk drivers will be rewarded at the expense of the innocent despite the widely reported opposition to this principle.

It is of great concern that parliament this week revived the lapsed RABS Bill which provides for a system of no-fault compensation for road accident victims.

This is despite universal opposition to its introduction in the National Assembly in 2018, when it could not be voted on at least twice due to a mass walkout by every single opposition party, and in light of the public outcry surrounding the moral obscenity of rewarding drunk and reckless drivers for their conduct.

Apart from this, the intended scheme is unaffordable. The department of transport itself acknowledges that the estimated 75% increase to the Road Accident Fund (RAF) fuel levy will only be the starting point and additional taxes will have to be introduced to fund it, offering little in return.

How on earth does the government plan to finance this monstrous scheme, when the taxpayer is already grossly overburdened?

The government is trying to squeeze blood from a stone with the imposition of seemingly limitless levies and taxes on road users and taxpayers, to no good end.

In his budget speech finance minister Tito Mboweni announced an imminent increase in the RAF fuel levy of 5c/litre, noting that this is “not enough to match the Fund’s R215bn liability” and urged the prompt reintroduction of the RABS Bill in order to “help stabilise fuel prices”.

This is an alarming statement. Firstly, the oft-quoted more than R200bn “liability” of the RAF has been used to mislead the public at large as well as parliament.

It cannot be stressed enough that the RAF is a pay-as-you-go system, not a fully funded one, and as such it is inappropriate to refer to accumulated liability in this context.

The fact is that since the introduction of the 2008 amendments to the RAF Act, the RAF has been cash-flow positive for a number of years, including the last two reported years.

Additionally, based on the department’s own — outdated — conservative calculations, a minimum 75% increase in the RAF fuel levy will be only the starting point in terms of funding RABS. This cannot by any imaginable means suggest stability.

With regard to other ramifications that the bill will have on claimants, without a doubt there will overall be a drastic reduction in benefits payable to road accident victims, who will be required to negotiate a cumbersome and complex administrative process on their own.

Inarguably, RABS seeks to exclude road accident victims’ rights and access to legal representation. Not only are victims not permitted to recover legal costs arising as a result of seeking legal assistance, but there are limited grounds upon which a victim may approach the court for relief.

SA’s road fatality statistics are among the highest in the world, ranking 38th internationally. In 2017 14,050 people died on local roads. While statistics for road deaths in 2018 have not been released, the Easter and December road death tolls strongly suggest that the 2018 figures will be up from 2017.

This underscores how inappropriate it is for SA to even contemplate the introduction of a no-fault system. There are numerous examples of no-fault systems being introduced and then failing — including in  developed countries with significantly lower road death tolls — with those countries reverting to a fault-based system.

I would strongly urge Mboweni to closely scrutinise the proposed financing model for RABS and consider how it affects the man in the street. There is every danger that the introduction of RABS will make the horror stories of Eskom and other state-owned entities pale into insignificance.

Kirstie Haslam is a partner at DSC Attorneys

This site uses Cookies. By continuing to browse the site you are agreeing to our use of cookies.

We use cookies on our website to give you the most relevant experience by remembering your preferences and repeat visits. By clicking “Accept All”, you consent to the use of ALL the cookies. However, you may visit "Cookie Settings" to provide a controlled consent.
Cookie SettingsAccept All
Manage consent

This website uses cookies to improve your experience while you navigate through the website. Out of these, the cookies that are categorized as necessary are stored on your browser as they are essential for the working of basic functionalities of the website. We also use third-party cookies that help us analyze and understand how you use this website. These cookies will be stored in your browser only with your consent. You also have the option to opt-out of these cookies. But opting out of some of these cookies may affect your browsing experience.
Necessary Always Enabled
Necessary cookies are absolutely essential for the website to function properly. These cookies ensure basic functionalities and security features of the website, anonymously.
Functional
Functional cookies help to perform certain functionalities like sharing the content of the website on social media platforms, collect feedbacks, and other third-party features.
Performance
Performance cookies are used to understand and analyze the key performance indexes of the website which helps in delivering a better user experience for the visitors.
Analytics
Analytical cookies are used to understand how visitors interact with the website. These cookies help provide information on metrics the number of visitors, bounce rate, traffic source, etc.
Advertisement
Advertisement cookies are used to provide visitors with relevant ads and marketing campaigns. These cookies track visitors across websites and collect information to provide customized ads.
Others
Other uncategorized cookies are those that are being analyzed and have not been classified into a category as yet.
SAVE & ACCEPT